The organisation of ALTERNATIVA ZERO in 1977, that is unanimously considered to be one of the most important exhibitions ever held in Portugal, and for that reason has been one of the most highly studied, analysed and discussed exhibitions, left such a decisive mark on Ernesto de Sousa’s career that it has hindered full reception of his work. Although he was quickly viewed as one of the most stimulating Portuguese curators of the 1960s, 1970s, and 1980s, it took much longer to understand the true scope of his contribution to the Portuguese arts.

Ernesto de Sousa was much more than a curator. His true impact was based on his diversity and articulation of different fields of knowledge, subjects, disciplines and collaborations, that he pursued with irreducible singularity. It is particularly important to understand Ernesto de Sousa's contribution to this paradigm shift, at a time of such intense discussion in Portugal concerning artists’ contribution to an approach to photography that is not aligned with the history of this discipline, and was placed at the service of the aesthetic concerns that defined the 1960s and 1970s (including the recent organization of exhibitions and publication of books dedicated to this topic).

This exhibition - which presents his contact sheets from the 1970s - allows us to understand how he learned to use photography as a tool to explore some of his fundamental concerns: the permanent collaborative spirit (it’s no accident that many of the "motifs" represented herein are his fellow artists), the interchangeable relationship between distant periods of times, in particular antiquity and the avant-gardes (e.g. the reference to Olympia, or to Luiz Vaz), the capacity for fragmentation, repetition and unusual relations of scale, in order to redefine our relationship with familiar objects and disciplines. The relationship between these photographs and the cinema is also particularly curious. It’s important to remember that Ernesto de Sousa produced one of the most important films of Portuguese new cinema in the 1960s - Dom Roberto (1962, Young Critics' Prize at Cannes). These contact sheets also make us think about Andy Warhol's famous Screen Tests (1964-1966) and might be viewed as location scouting for never-to-be-made films.

Ernesto de Sousa, at least over the past 20 years, is viewed as a key figure by anyone who thinks, produces and writes about art in Portugal - ranging from curators, art historians and critics to new generations of artists. He was a photographer, filmmaker, writer, theoretician, essayist, art and film critic, curator, scholar of popular art, and pioneer in the organization of happenings and multi-media projects. He dedicated himself to all these activities with commitment, seriousness, rigour and a premeditated and carefree amateurism. His artistic practice constitutes a unique example and inexhaustible case study, due to the way that he linked together multiple artistic forms and shook disciplinary foundations, blurring different time periods and geographies (e.g. popular art and erudite art - the neo-avant-gardes in particular - old and new technologies, the periphery and the centre). He is also a serious case for reflection about the very concept of authorship, since he favoured collaboration, and dedicated himself to such a diverse range of activities, always resisting being pigeon-holed within a specific discipline, openly assuming influences by others on his work. Notwithstanding the diversity of his approaches to the arts and the wide variety of artistic media he used, photography played a fundamental role in his career. He discovered photography early on in his career, and it also underpinned his subsequent film- and video-making. He also used photography to study popular culture, to develop an original approach to sculpture, and to structure his mixed media works of the 1960s and 1970s. As is highlighted by this exhibition, Ernesto de Sousa also used photography to create a space of closeness, intimacy, and the here-and-now, with others and with things, that helps us understand that Nós Não Estamos Algures (We Are Not Elsewhere) (the name of one his mixed-media works produced in 1969). 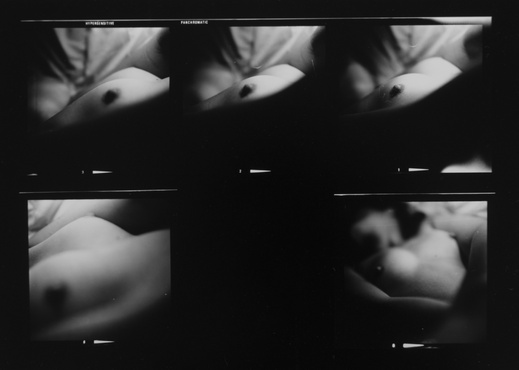 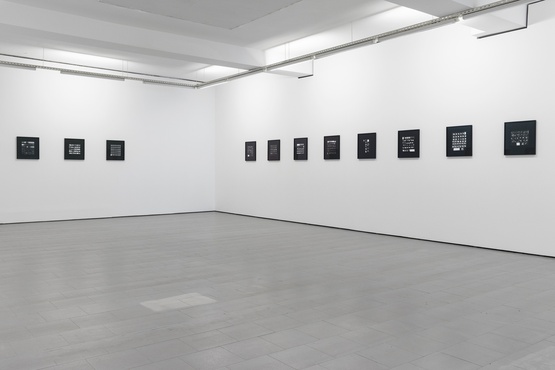 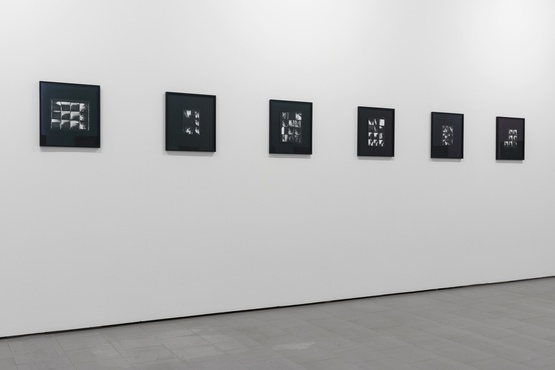 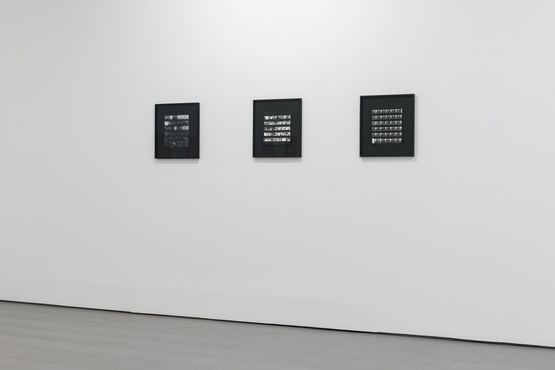 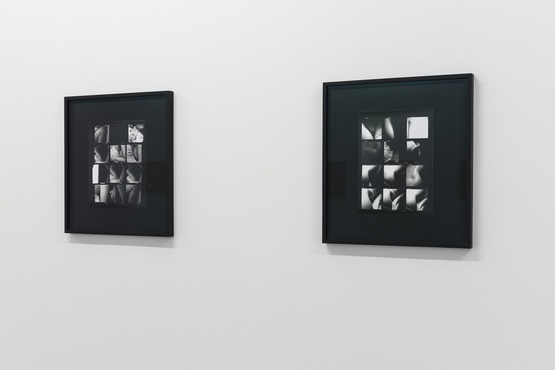 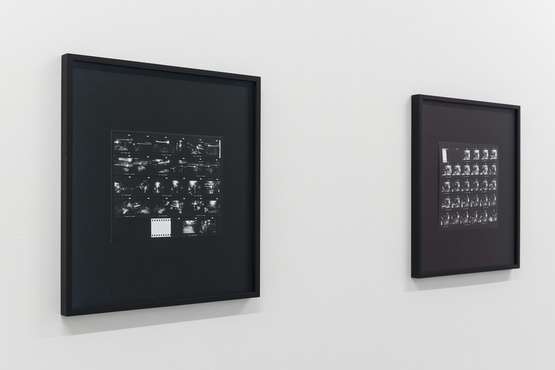 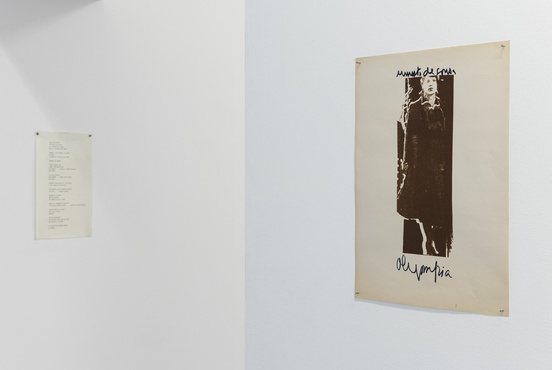 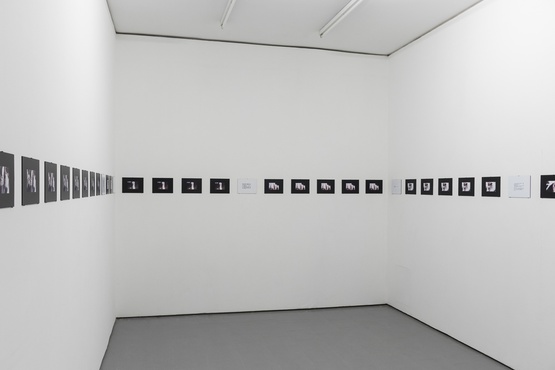 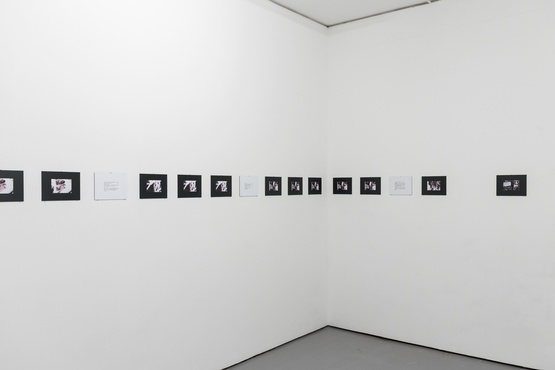 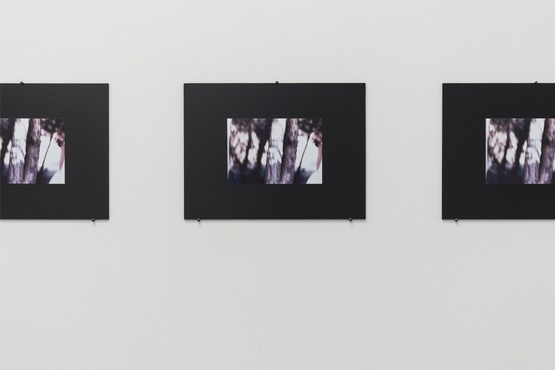