The grotto | collective project
The Age of Stone
Ana Vaz


In Claudio Magris’ novel, Danube, the river is said to begin somewhere in the Black Forest, Germany, on a dripping faucet, just above its recognized source. In a similar fashion, we could say that The Grotto was already here, concealed and yet potent, behind the gallery’s walls. Pursuing this rationale, it could have been built by German refugees who arrived here during the First World War. The building has qualities that draw it towards German expressionist cinema, as echoed in Kurt Schwitters' Merzbau (1937). Its taut diagonal and pointed protuberances are directly related to the agony of the experienced moment.

The Grotto was built using waste materials rejected by society, that form a mixture of natural and artificial elements, highlighting the toxic crust that Nature cannot completely renew.

Under the black cloud of the capitalocene, the intensity and heterogeneity of the joint productive forces of Hugo Canoilas, Vasco Costa and Filipe Feijão converge into a whole, which is the genesis of a collective work, to be developed with a group of artists from different generations, countries and artistic, social and political affiliations. The Grotto aims to propose alternatives to human self-centrism and think about how to create new modes of empathy between humans and other animals, plants and elements in the world.

The Grotto evokes cave paintings and the enigma that protects them. It conveys a large set of projections associated to the extraordinary moment when images first began to be produced. The most relevant of these approaches is the theory that the first images were produced as a result of an evolution of human consciousness. This work seeks to give voice to new forms of consciousness, proposing a fertile field for expression that lies beyond reason, or between reason and hypersensitivity.

Hand in hand with the capacity of art, in its material state, to be something that extends beyond science, creating new analogies and new relations between things, art is also a genuine way of thinking about the present, in particular the way that new forms of subjectivation affect our interpersonal relationships, and relationships between human beings, flora and fauna during the Fourth Industrial Revolution.

The first intervention in The Grotto is by Ana Vaz, who talked with Hugo Canoilas, Vasco Costa and Filipe Feijão during construction of The Grotto, in order to transform it into a space that can receive film screenings. In a kind of tautological exercise, summoning up the ritualistic character of the first images that were projected, by means of fire, inside Grottos, The Grotto will present Ana Vaz’ s film, The Age of Stone (2013).

In The Age of Stone, A voyage into the far west of Brazil leads us to a monumental structure - petrified at the centre of the savannah. Inspired by the epic construction of the city of Brasília, the film uses this history to imagine it otherwise. "I look at Brasília the way I look at Rome : Brasília began with a final simplification of ruins". Through the geological traces that lead us to this fictive monument, the film unearths a history of exploration, prophecy and myth.

"As artificial as the world must have been when it was created."
Clarice Lispector

"A journey into unknown territory in Brazil leads us to discover a monumental structure and immerses us in the forms and texture of stone. This film, inspired by the construction of the country’s modern capital, is a science-fiction documentary, an astonishing object standing between the cinema of Glauber Rocha and the visual arts. A visionary vertigo that will take your breath away." 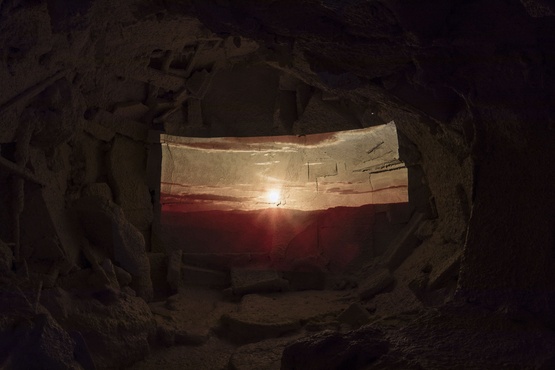 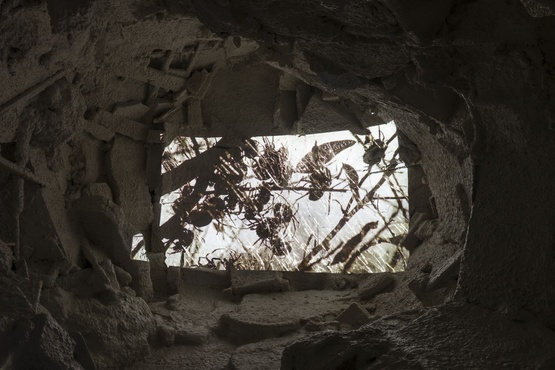 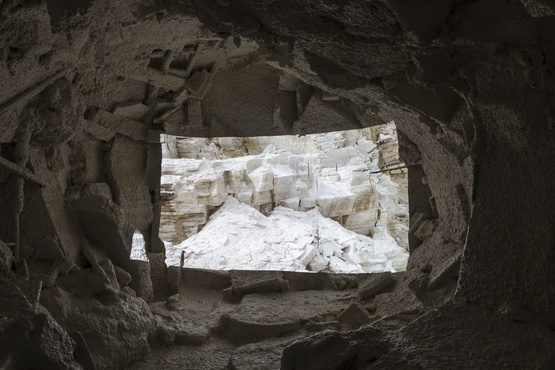