Quadrado Azul is pleased to present a new intervention by Jannis Varelas in The Grotto project - in the basement of the Lisbon gallery.

The interventions on the walls of The Grotto are part of a platform where its authors share their work through techniques of overlapping, erasing, transforming and juxtaposing, like an exquisite corpse. The artists invited to work inside the cave organize their work on walls that remind us of the human footprint on the planet. Between the natural and the artificial, these walls carry the dark cloud of the Anthropocene over the head of both those who create and those who visit the grotto.

The Grotto, as a collective work, seeks new forms of empathy and transformation of the ways of receiving art. Its non-architecture seeks to create conditions diametrically opposed to those of the gallery's white cube. Its non-rationality is a response to the artistic, social and political need to expand human consciousness beyond the rational.

Thinking and acting under the Anthropocene is perhaps an experience close to the one of those authors who reacted against the rational disasters of the Holocaust and the atomic bomb; those who sought more interior human qualities, bringing us closer to protoforms of language from children in a pre-language state, other knowledge systems, and better understanding of those who expressed themselves with psychiatric problems.

Varelas' work operates in this spectrum, outside the rational, and transports us to the experience of creative behavior. Jannis Varelas' intervention is formed by a set of inscriptions - painted drawings, directly on the walls. Personal or found motives, or those that happen within the act of drawing, oscillate between an inner force - a subject that becomes an object, outside of the self - and motives outside his body, found and closer to children's drawings. His intervention is formed by a wide range of figurations, which come close to some parietal paintings in Greek churches, taking the space exhaustively. Unlike church paintings, these figurations are non-hierarchical. The stereotypical sign is a trap for one who sees, to get in the work, to enter in the work and begin to territorialize meaning, projecting him/herself over the work in the darkness of the cave. 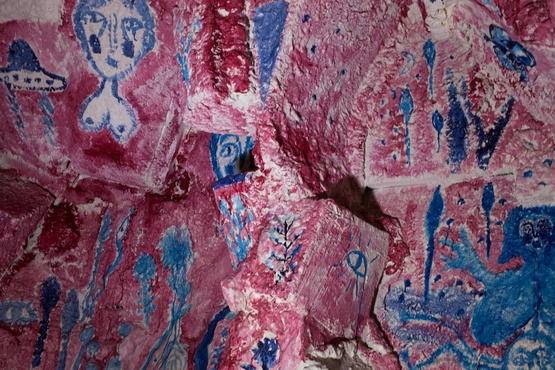 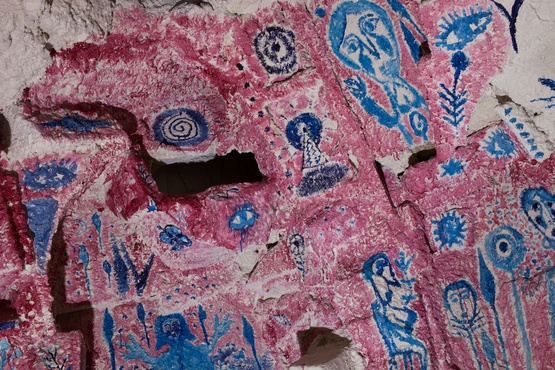 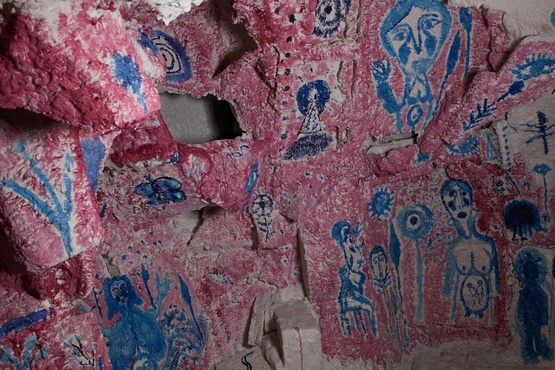 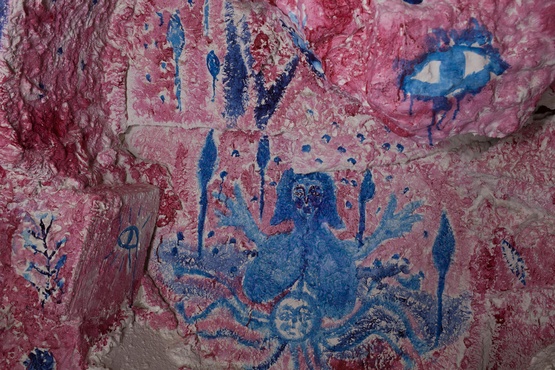 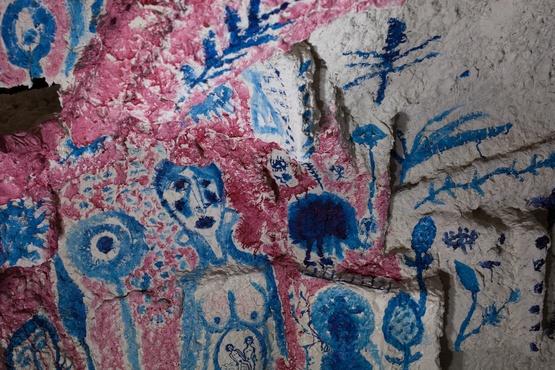 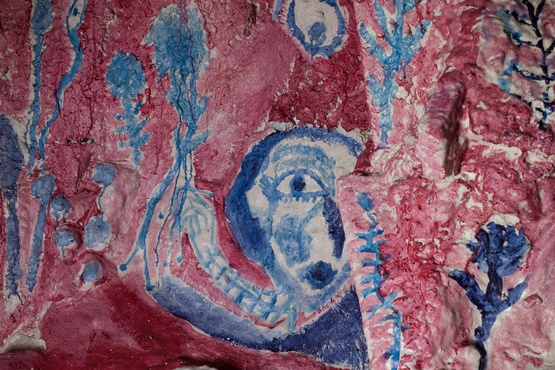 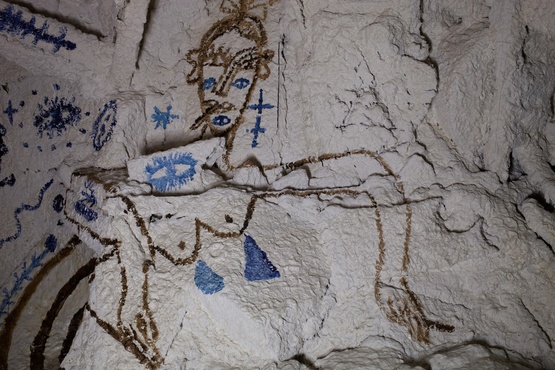 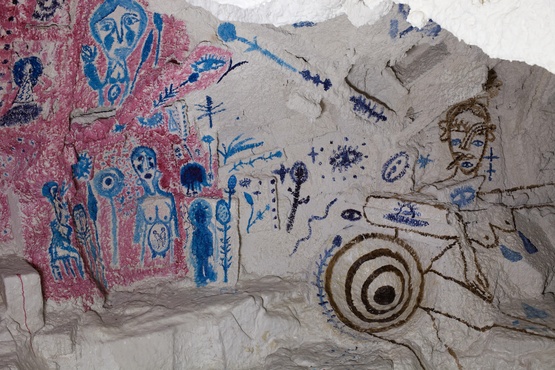 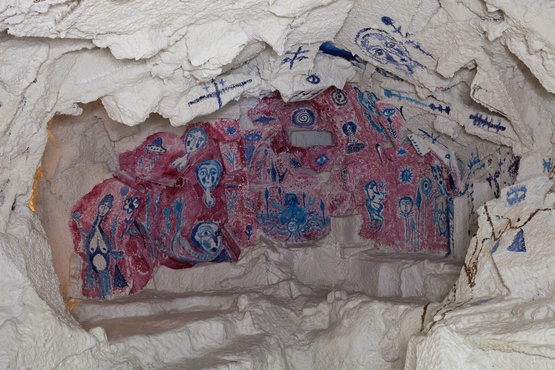