Galeria Quadrado Azul is pleased to announce the beginning of the second year of the collective project The Grotto with the intervention Theodora or The Progress: Becoming Dog by Elise Lammer with Lucien Monot, and Julie Monot.

Elise Lammer' s performance reinforces The Grotto as a place, to expand new possibilities for the development and experience of art, through new cosmogonies and new forms of empathy.

Dogs have proven throughout histories and mythologies to fulfill very important roles, often being the carriers of a knowledge lying across what’s visible and what isn’t; between consciousness and subconsciousness; life and death; wilderness and civilization. Recently the philosopher Mark Alizart wrote an essay placing the figure of the dog as thinker ― one who may know the true secret of our humanity. Shifting hierarchies, a dog’s submission is therefore anything but servile. When considered through the prism of equality, active submission becomes a higher form of humility, a soft power that can eventually lead to a dominant role.

Becoming Dog is part of Theodora or The Progress, a year-long project exploring the topic of empowerment by means of non-verbal communication. Organized by the research platform Alpina Huus, public exhibitions and performances will be presented and documented in various art institutions in Europe between 2020-2021, and later edited into a 16mm feature film.

Elise Lammer was trained as a fine artist in Barcelona and holds an MFA in Curating from Goldsmiths College, London. She is a curator at Kunstverein SALTS in Birsfelden, and since 2015, the director of Alpina Huus, a research platform exploring performance and domestic space currently in residence at Arsenic, Contemporary Performing Arts Centre in Lausanne. Through a 3-year research project she is developing since 2018 a garden and archive in homage to Derek Jarman at La Becque | Artist Residency in La Tour-de-Peilz. As an artist, curator and writer, Elise Lammer has participated in exhibitions in institutions and galleries internationally, including Centre Culturel Suisse, Paris; Garage Museum of Contemporary Art, Moscow; Istituto Svizzero di Roma, Rome; MAMCO, Geneva; The Schinkel Pavillon, Berlin; The Goethe Institut, Beijing, Hong Kong; MCBA, Lausanne; among others. She is a contributor of CURA. and Mousse Magazine. 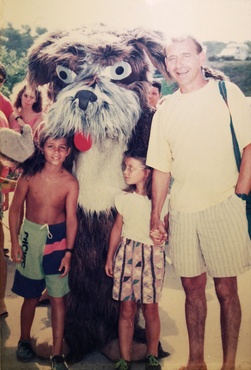