After being initially shown at Quadrado Azul Porto in 2020, a version of the exhibition Lanhasland (expanded) is now presented, with the inclusion of new pieces which point towards the possibility of a complex and unique universe.

Certain artists demarcate such a unique creative territory that it is very difficult to position them within the continuous flow of art history.

Fernando Lanhas (Porto, 1923 - 2012) will always be referred to as a precursor to abstractionism in Portugal. But it is likely that such a label will ultimately be counterproductive for informed understanding of the projective magnitude of his artistic intentions.

Lanhas’ artistic territory is best defined in terms of the seismic dimension of his continuous replicas. His oeuvre work is not exclusively linked to a specific period. Instead it is a diffuse, overwhelming and active mapping of a constant exercise of aesthetic and scientific curiosity.

Indeed, his work occupies a continuous present, as a result of his idiosyncratic openness to the unknown. Architecture, cosmology, astronomy, archeology, museology, poetry and art are mere knowledge-constellations in mutant interconnection, that a single brain and body, at a certain moment in time, knew how to interpret as a source of infinite questions, in terms of their rational clarity and almost shamanic speculation.

Lanhas - who touches, measures, maps and disseminates. Lanhas - who levitates in poetic action, plastic scrutiny, and the almost minimal density of precise words and paintings that are elementary, rigorous and modernly universal.

Lanhasland: a country without borders, which, like its founder, can levitate in a dream with the profound gravity of a different kind knowledge that disarms us and leaves us in a constant state of shock.

This exhibition is nothing other than an indexical note of this deterritorialisation of the expected conventionality of artistic work.

The magnificent shards of his oeuvre include:

- jokes published in the Primeiro de Janeiro between 1946 and 1950, carefully clipped and kept by their author (who at the time used the pseudonym, Clemente)

- one enlarged photograph from a set of hundreds of slides, that document study trips and moments of discovery in a territory that his gaze can interpret like no one else. In the picture, imponent and telluric, Lanhas gazes the immensity of the granite landscape with the confidence of someone who knows how to belong to a territory;

- unpublished drawings, shown here for the first time, as a courtesy of the artist’s family;

- two exceptional paintings, from 1949 and 1960. The geometry of plane and materic colors and the wisely arranged lines translate a tímeles universality exercise, as if they could have been created today or more than ten thousand years ago;

- a dream: transcriptions made by the artist of his oniric states, where the world turned upside down in a magma that crosses humour, visionarism, stupefaction, absurdity and even sexuality;

- painted pebbles, in an unparalleled intervention in the context of bringing art closer to nature through its disarming simplicity and aesthetic impact;

- maps (of different sizes and kinds);

- a bewildering design for an aerial photographic device;

Lanhasland is, therefore, the assumed incompleteness of a question that Fernando Lanhas always repeats: “What’s all this?”.

P.S.: To show, amongst the previously unexhibited drawings now presented here, a very small drawing by Fernando Lanhas, made when he was five years old, is something that created some uncertainties in connection to my curatorial practice. This is a difficult question when working with artists that are no longer with us. But my astonishment could not but be shared with the public. The facts that Lanhas had inscribed the date of the drawing on the reverse of the paper, and that it was included in a folder, along with many other inedit drawings, gently arranged by the artist’s son, eased this decision.

A windmill, perhaps nothing is more trivial than this image in a child’s imagery. But what is extradionary is the fact that it is represented from behind. As if the geometry of the representation overlapped its theme. A premonition of what’s to come? 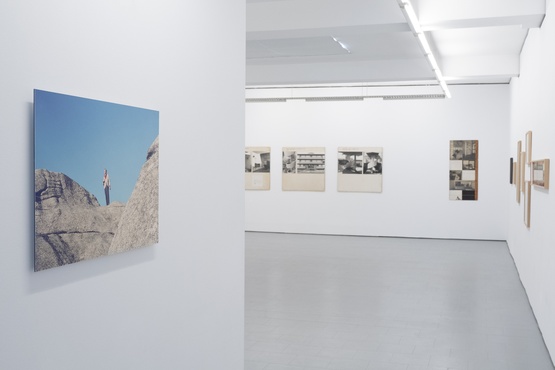 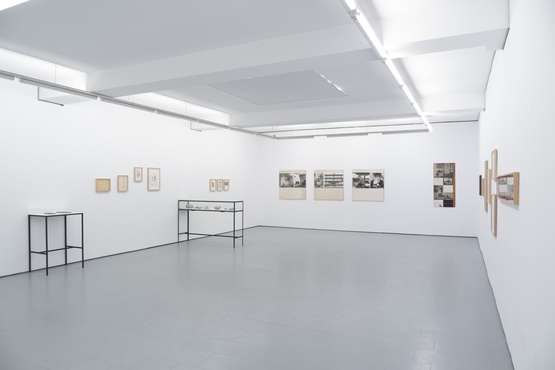 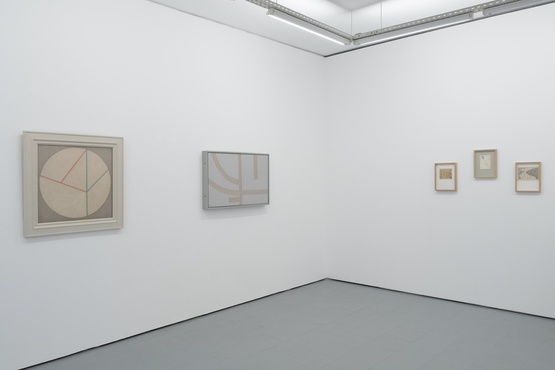 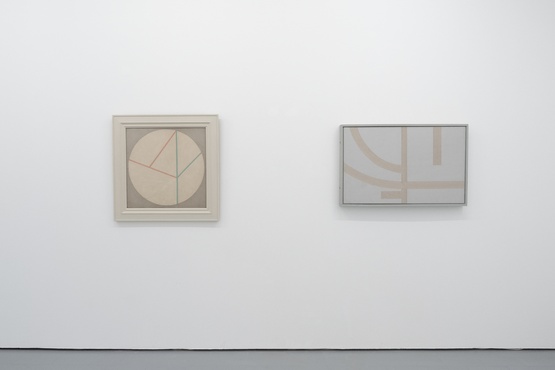 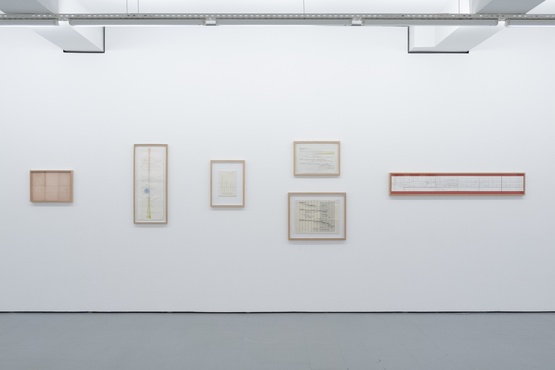 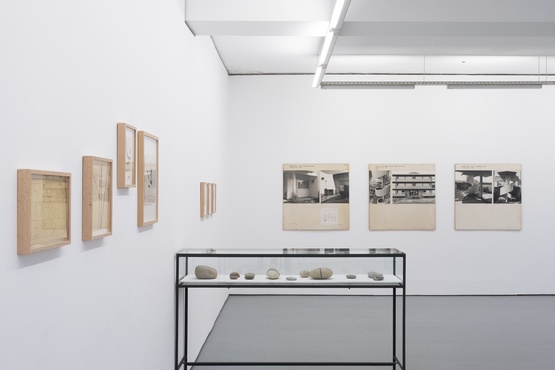 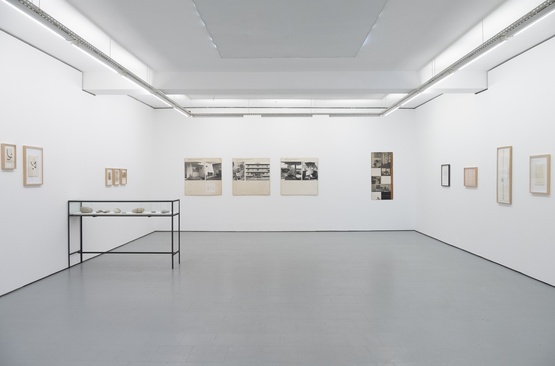 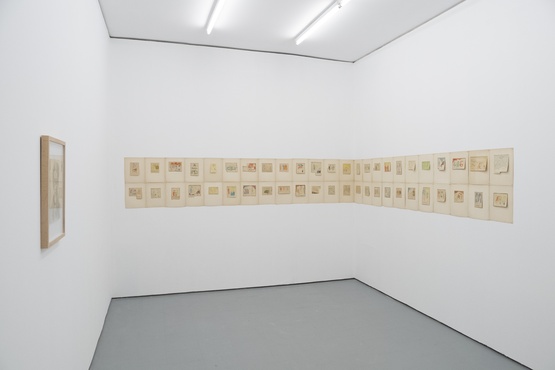 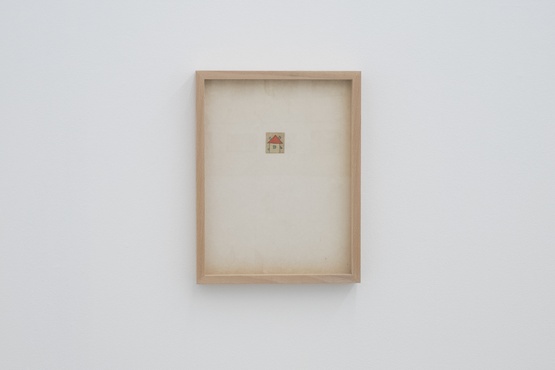 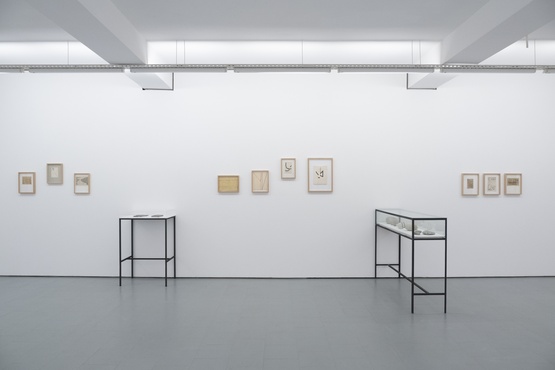